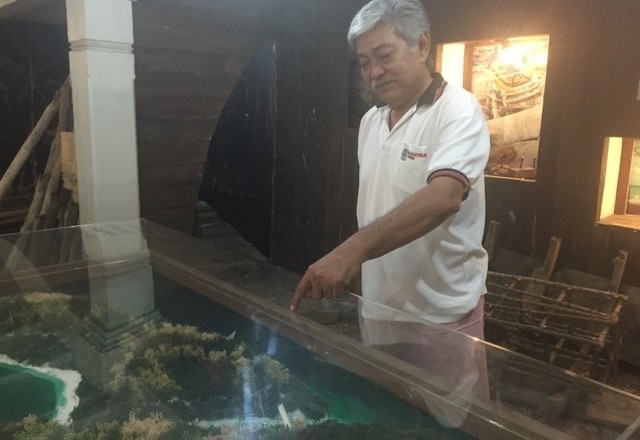 The Lanta Culture History Museum in Lanta Old town is a must visit with something to interest everyone! 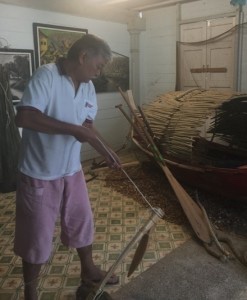 Did you know that the Lanta Group is made up of 3 big islands?  I didn’t, I though there were only 2 big islands.  Apparently in addition to Koh Lanta Yai and Koh Lanta Noi, there is another large island called Koh Kran.  And all along I thought that when the westbound ferry from Lanta Noi dropped me off I was on the mainland.  Oh no, I was actually on another island that is joined to the mainland by a small bridge.  And I’ve been living on Lanta 13 years!  Shame on me for not going to the Lanta Culture History Museum years ago! 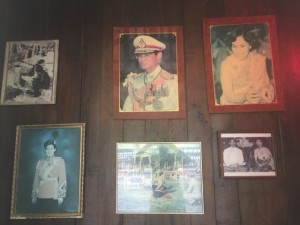 The Lanta Culture History Museum is smack dab in the centre of Lanta Old Town, the small Chinese village found on the west side of Koh Lanta Yai.  Khun Tom, a retired teacher runs the Museum.  His knowledge of Lanta’s history is vast and very impressive.  He began my introduction to the museum by telling me that 3 peoples settled on Lanta:  the Sea Gypsies, the Muslims and the Chinese.

The Sea Gypsies were a nomadic group of fishermen moving around the region.  About 50 years ago, during the time of King Rama IX, the King’s mother visited Lanta and told the Sea Gypsies to stay and make Lanta their home.  These strong rugged people  listened to the old woman and to this day Lanta is still home.  The women got jobs in the shops, restaurants and bungalows, and the men worked the fishing and tourist boats. 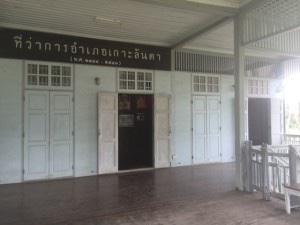 Approximately 85% of Lanta’s population is made up of Muslims, who settled here from Malaysia.  They were farmers originally growing rice, but sea (salt) water flooding  destroyed the land for growing rice.  However, there are still some rice fields in the hills on Lanta Noi and on Koh Kran. 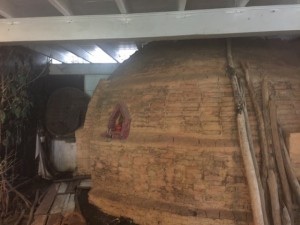 The third group of settlers were the Chinese.  These merchants found there way here on the trade ships traveling throughout Malaysia, Indonesia and around the world.  During monsoon season many boats would take shelter around the Lanta island with many of these merchants deciding to stay and start businesses on Lanta.

The Chinese on Lanta were famous for making mangrove charcoal, which was a big business venture in the Lanta area.  The mangrove trees were abundant on Lanta and their harvesting was an easy process because they were so plentiful along the shorelines of the Lanta island.  The charcoal was shipped to the Port of Penang in Malaysia and then from here on to customers around the world.  The Museum even has a full-size replica of a mangrove charcoal kiln that visitors can work through. 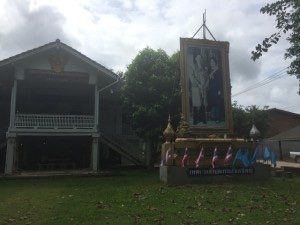 The Museum is in an old government customs house that was built 116 years ago.  It was constructed in the Portuguese style as were many custom house buildings in region.  Portuguese merchant ships were popular back then and many of the port and build construction workers were from Portugal, traveling on their ships and working throughout Asia.  The Museum had been operational but 6 years ago it was closed.  Khun Tom reopened it 2 years ago and it is just beginning to become a popular tourist destination in Old Town. 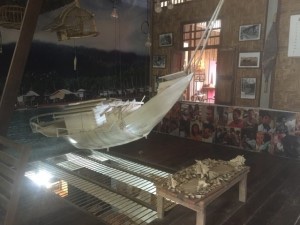 Khun Tom told me that there was no recorded history of Lanta, but that the history and culture are found in the stories told by the older people in the area.  With the Museum, Khun Tom is trying to share these stories and cultures of the settlers, and he does this quite well.  His knowledge of the area is astounding.  Ask him any question and he will tell you a story.

There are so many things to see in the Museum.  Khun Tom has organised the Museum into the 3 distinct sections, one section for each of the original settlers highlighting their contribution to Lanta economically and culturally.  There many artefacts, pictures, tools, boats, a charcoal kiln and other informative displays throughout the building, making it an interesting and enjoyable visit, with something to interest everyone.

The Lanta Culture History Museum is open from 9:50 am to 4:50 pm daily.  The cost is a donation of 100B for adults and 20B for children.   There are also small wooden fish, apparently carved by the Sea Gypsies, to purchase for a few hundred Baht.  And everyone is more that welcome to make a donation to the Museum.  And don’t forget to make an entry in the Guest Book, writing a few words of encouragement to Khun Tom, before you leave the Museum. 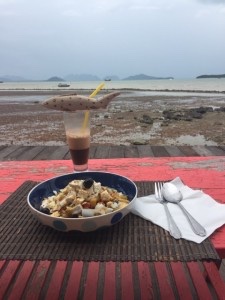 When you’ve finished touring the Museum, you may be a tad hungry, I sure was.  There are many wonderful cafes and restaurants in Old Town and I do recommend you try at least one.  I went to Caoutchouc Restaurant, found at the southern most end of the village.  It is run by a wonderful Frenchman called Patou, who is so warm and friendly that he will lift the spirit of even the most weary traveller.

I had a delicious ice coffee and a savoury feta salad on his outdoor deck, gazing at many of the 52 small Lanta islands.  Patou thought I was in some sort of trace or maybe about to fall asleep as I was so still.  But I was merely taking in the beauty of the view while day dreaming about what Lanta was like back when the first settlers arrived…