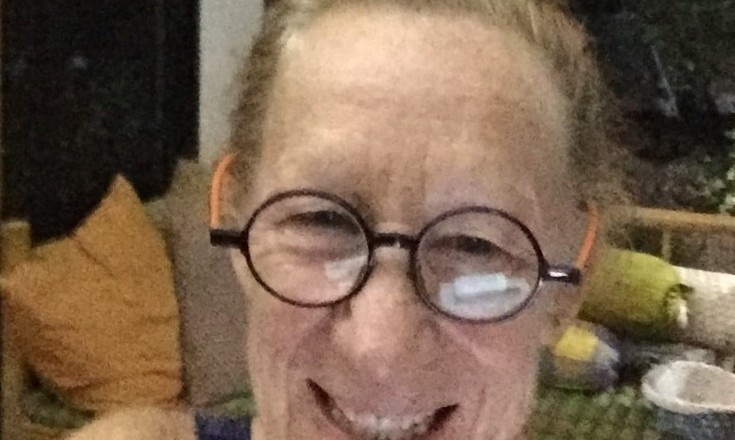 What a fun crazy interview, can’t wait for the next one!

I’m sipping a glass of wine, slowing coming down from the excitement of my first interview as a writer.  Sure I’ve been interviewed before, but they were focused on either the firm I was with, the technology I was working on or an aspect of my academic rese

arch.  This was my first interview as a writer, a lifestyle blogger, and someone with experiences to share.  It was fun and nothing like what I expected.

I was being interviewed by Margaret Manning, the founder of Sixty & Me, a Web site and newsletter specializing in being passionate about living well, embracing change and exploring new lifestyles.  I’m one of their contributing writers and they asked if they could interview me focusing on a handful of topics I’d been writing about.  Of course I agreed, I’ll try anything!

Margaret is lovely.  She’s as charming and elegant in person (skype that is) as she is in the videos on her Web site.  She’s so easy to talk to, I felt like I’d known her for ages.  She explained to me how we’d do the interviews, the topics we would discuss and how she’d proceed through each topic.  Little did we know what would happen!

The first interview about my move to Thailand went well.  We covered how I selected Koh Lanta as my new home, the factors I considered, the preparations I made and so on.  It seemed more like two friends chatting than a formal interview.  We then changed topics to my writing.  Margaret asked me about how I picked my articles, if I suffered from writer’s block and where I got my inspiration.

By then I was very comfortable and totally at ease, forgetting that I was being taped.   Margaret and I had a rhythm going, we were chatting away with her guiding the flow.    We moved onto an article I’d published in Sixty & Me about handling uncertainty, and of course this is when it began to go south!  It was totally appropriate.  I was telling her that going with the flow, and not stressing oneself, was a way to handle uncomfortable situations when, like on queue,  we lost our connection.

I burst out laughing, I’m sure anyone walking past my house would have thought I’d seen something truly hysterical on TV.  As I do go with the flow, I waited for Margaret to skype back.  After spending so much time arranging the interview with the time difference between her in Switzerland and me in Thailand, and then figuring out the lighting and the best position on my deck, here we were with a wonky internet connection.  And of course it was because I’m on a remote island in southern Thailand where something always goes wrong, especially when you don’t want it to! 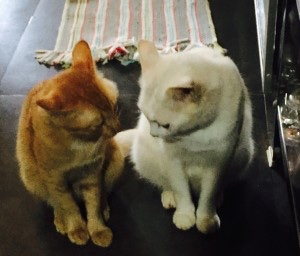 Margaret called me back.  Things were good for about a minute before we froze and crashed.  I called her back and the video wouldn’t come on.  She called me and the sound wasn’t working.  We waited a few minutes then she called me back.  Things seemed good so we started back into our discussion on uncertainty.  After chatting about going with the flow, and not getting caught up in endless ‘what if’ worry, down we went.  By now even my cats were laughing.

This was so appropriate on so many levels.  We connected again laughing about our situation.  And then these people were in Margaret’s office taking down her blinds.  Apparently she thought they were coming next week, not today.  They thought the whole situation was crazy.  Here’s this woman in Switzerland interviewing this other woman on her computer who was apparently in Thailand.  They waved at me totally not believing where I was.

What was more surprising was that the reception was absolutely perfect as we waited for the workers to finish.  And of course when we started back with our discussion we crashed.  I was laughing away at the certainty we would crash during a conversation on uncertainty.

After another 15 minutes of trying to get connected we were up and running.  The sound was good and the video was clear.  Margaret apologised for the problems, but I told her that it was fine, reminding her that I always go with the flow.  If life was certain, how boring would that be?  I love not know what will happen, it keeps me positive, optimistic and happy.  We burst out laughing.  We finally finished with uncertainty and moved on to the next topic.

But were were doomed.  We went down and couldn’t get back up.  We texted that we’d end it for today and try again next week.  Such is life, sometimes it all comes together, but more often it all falls apart.

4 thoughts on “My first interview as a writer was nothing like I expected!”